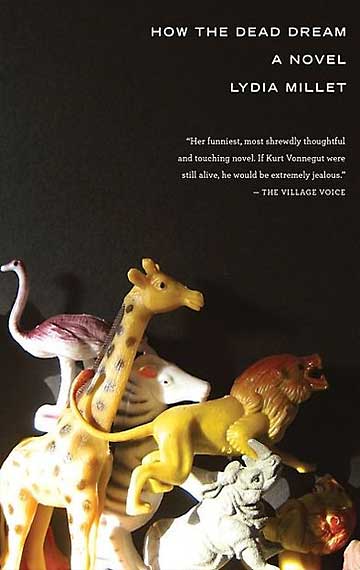 How the Dead Dream synthesizes the two styles of Millet’s fiction — the harrowing and the madcap — with a new elegance.
–The San Francisco Chronicle

How the Dead Dream, the first book in a trilogy, introduces T., a young developer with a reverence for money and the institutions of capital. Always restrained and solitary, he has just fallen in love for the first time when his orderly, upwardly mobile life is thrown into chaos by the appearance of his unbalanced mother, who comes to live with him after his father’s sudden desertion. In the wake of a series of devastating losses, T. begins to nurture a curious obsession with vanishing species, and is soon breaking into zoos at night to be with animals that are the last of their kind.